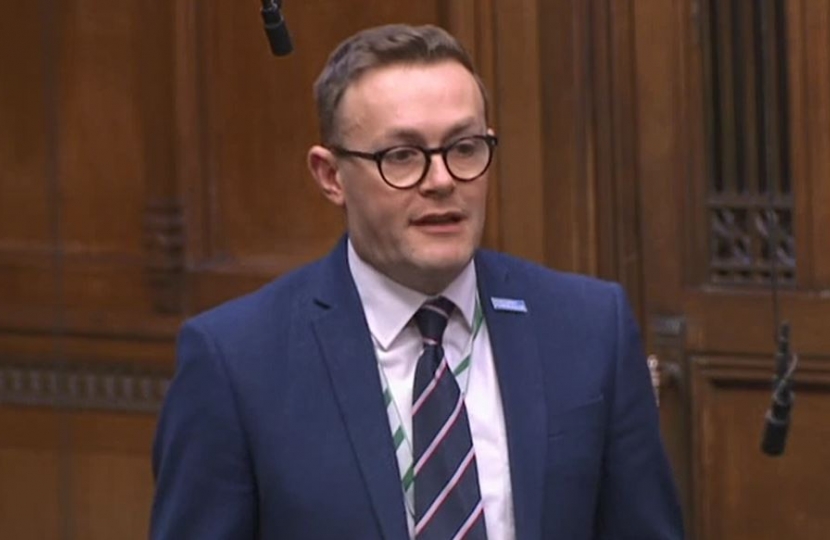 A number of constituents have contacted me about a national campaign by Labour which dishonestly claims that Conservative MPs, myself included, voted against testing NHS staff.  This is a campaign which is being promoted locally by Labour's supporters on social media.

To be clear, I am not against regular testing of NHS staff.  To the contrary I am very much in favour of NHS staff testing policy as advised by the Chief Medical Officer.

In his opening remarks at this weeks opposition debate the Shadow Health Secretary said that Labour are calling for weekly testing of NHS staff, “if necessary”.

But “if necessary” was not in the wording of their motion.  Instead it called for blanket weekly testing without any qualification – proving this was nothing more than a political stunt by a Labour party that could not even agree among themselves what they were asking for.

This fact was highlighted when Sara Britcliffe MP raised concerns that their motion could put unnecessary strain on the NHS, and when she challenged Labour to show that this was the most effective course of action nobody from the opposition benches could offer an answer.

Regular testing, including weekly testing if it is deemed necessary, is essentially what the current government policy is, and I will continue to support this clinically-informed approach.