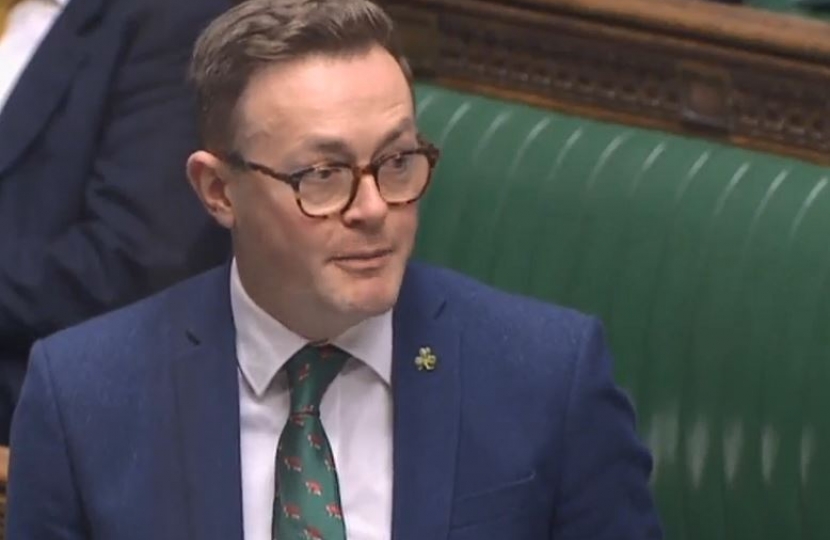 Chris Clarkson, Member of Parliament for Heywood and Middleton, has backed a bill which would create a specific criminal offence of desecrating a war memorial as it passed its first legislative hurdle on Tuesday in the House of Commons.

Currently, only offences of criminal damage which exceed £5,000 can be dealt with at a Crown Court and therefore, at present, most of these cases are deal with at a Magistrates’ Court, with a maximum sentence of six months.

The Bill, which was introduced by the MP for Stoke-on-Trent North, Jonathan Gullis would remove the current £5,000 threshold for damage to war memorials and establish a maximum prison sentence of 14 years.

Two weeks ago, Mr Clarkson - along with numerous Conservative MPs - wrote to the Home Secretary to ask her to support these proposals.

The Heywood and Middleton MP stated that: “I do not believe that the current sentencing guidelines act as a sufficient enough deterrent to those who want to commit the despicable and disgusting act of desecrating a war memorial and I look forward to continuing to support these measures.”

During the coronavirus pandemic, the Government has provided millions of pounds of funding to Rochdale Council to support local businesses, along with the discretion to distribute those funds to those who need them.