MP condemns Greater Manchester Mayor’s progress on housing and planning as "the age of foolishness." 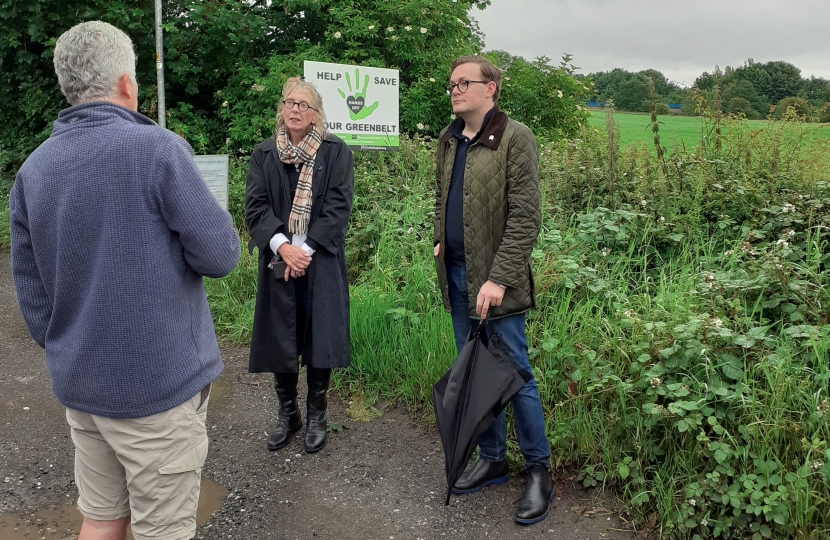 Heywood and Middleton’s MP, Chris Clarkson, condemned the Mayor of Greater Manchester’s record on housing and planning as “the age of foolishness” on the floor of the House of Commons as he called into question Mr Burnham’s effectiveness on building affordable homes before slamming his “disastrous” Greater Manchester Spatial Framework (GMSF).

The MP highlighted that: “Since Andy Burnham became Mayor of Greater Manchester Combined Authority, just 1,715 affordable homes were completed in 2017-18 and 1,619 in 2018-19. That represents a 19% and 24% reduction, respectively, compared with figures for 2014-15, showing that the supply of affordable housing has gone backwards in Greater Manchester.”

Mr Clarkson then contrasted this with the performance of Andy Street, the former Managing Director of John Lewis who is now the Conservative Metro Mayor in the West Midlands, where “3,801 affordable homes were built in 2018-19 alone.”

Praising the Government for its national effort on the building of affordable homes, the Heywood and Middleton MP said that “We should be united across this House in welcoming the largest investment in affordable housing in a decade. This year, a record £12.2 billion in grants will support the creation of affordable homes. I welcome the extension of the affordable homes programme, which has delivered 464,500 new affordable homes since 2010. The recent announcement of a boost in funding by £9.5 billion over five years will help to unlock billions more in public and private investment.”

On the GMSF, Mr Clarkson stated that he believes “that it is entirely possible to support the building of affordable homes and garner the support of local communities at the same time” and that he therefore “cannot fathom the Mayor of Greater Manchester’s strategy to seemingly jettison the sensible policy of ‘brownfield first’, whereby permissions are more likely to carry the support of local communities and support important regeneration projects in our towns and cities, and warrant the destruction of our green belt instead.”

The MP added that “Despite the efforts of the Government – not only in increasingly the supply of affordable housing, but in truly trying to enshrine the best traditions of localism in the planning system – communities can still be at the mercy of local leaders who ignore the wishes of the people they serve.”

Since his election to Parliament in December 2019, Mr Clarkson stated  that he had “been working with local campaign groups in Heywood and Middleton such as Save our Slattocks, Save Bamford Green Belt and campaigners at Crimble Mill to resist the disastrous Greater Manchester Spatial Framework and I will continue to do so. Andy Burnham’s plan, at present, demonstrates a woeful lack of community engagement. I will use my privilege as a Member of this House to urge him to reconsider.”

Speaking after the debate, Mr Clarkson said: “I am disappointed that Greater Manchester is lagging behind the rest of the country when he comes to the construction of affordable homes and I note with interest the recently published report by Atkins that Greater Manchester has 1,500 undeveloped brownfield sites, which could yield 119,000 homes, and protect our precious greenbelt from the disastrous proposals outlined in the Greater Manchester Spatial Framework.”

Just days before speaking Mr Clarkson was joined by the Conservatives Greater Manchester Mayoral Candidate, Laura Evans, on a tour of some of the greenbelt sites which are proposed for development in Mr. Burnham’s GMSF plan.  Having heard Chris’ comments in the House Laura said: “It is so important that we adopt a sensible brownfield first policy with regards to development.  We need to take a serious look at local housing needs and how we deliver the right levels of affordable homes in each area.  Andy Burnham’s GMSF has been wrong from the outset but now it has become more clear than ever that it is frankly not fit for purpose.“

During the coronavirus pandemic, the Government has provided millions of pounds of funding to Rochdale Council to support local businesses, along with the discretion to distribute those funds to those who need them.