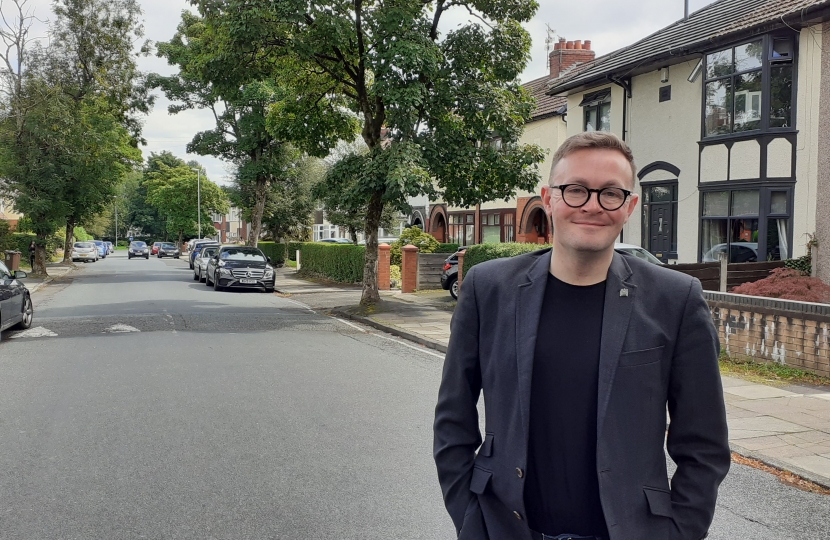 Heywood and Middleton MP, Chris Clarkson, has welcomed the government’s commitment to introduce measures to ensure that the streets of new developments are lined with trees following the introduction of his Ten Minute Rule Bill last month.

Communities Secretary, Robert Jenrick, said: “Chris Clarkson’s Tree Lined Streets Bill has inspired the government to propose that all new streets in major developments are lined with trees. We want to build more homes, faster, to help the next generation onto the ladder, but also to create places people want to live in and of which we can be proud - the means beautiful, green and environmentally sustainable communities, in which trees play an important part.”

Mr Clarkson said: “the planting of trees is crucial in the fight against climate change, as trees store carbon and can help make our towns and cities more resilient. These measures will, therefore, make a small contribution to the government’s aim of eradicating the UK’s net carbon contribution by 2050.  They will also support the government’s £10 million Urban Tree Challenge Fund which was introduced in May 2019 and will see 130,000 trees planted across towns and cities in England by 2021, as well as, the target of planting 30,000 hectares of trees across the entire United Kingdom by 2025."

The MP welcomed the government adopting his proposals and said: “Trees are good for us and the presence of trees and other greenery in the urban environment has a discernible effect on our physical and mental wellbeing and are linked inextricably to cleaner air, increased physical exercise and enhanced health and wellbeing.  I am delighted that tree lined street have been included as part of measures to reform the planning system.”